This year I was super lucky to be able to attend Lightning In a Bottle for KZSC. I had heard a lot about the festival, it is definitely beloved in the eyes of many festival regulars, so as a music festival novice, I was very intrigued to see what all the hype is about. I definitely was not disappointed. Before I get into my favs and LIB tips, here is some background on the festival:

Not your average EDM fest, LIB claims to be a transformational festival as opposed to a strictly musical one. This means yoga, talks, art, tea-huts and more.

LIB was held in a different location previously, and had over 30,000 attendees. This year it was moved to a smaller venue and had around 6,000 attendees – more on this later.

LIB has a range of different housing options, from straight up camping to car camping to RVs to boutique camping – LIB has it all. My group went the traditional camping route. The way the festival is set up makes it so that the campgrounds are adjacent to the festival grounds, with free-flow throughout. This felt super good and made the whole experience very smooth! The decision to keep the campgrounds open as well the general manner in which festival staff treated festival attendees lent to a respectful, safe atmosphere.

More on safety: Dance Safe, a public health association which works to promote health and safety within electronic music communities, was a strong presence at the festival. We made full use of the free earbuds which were provided at their booth! The Multidisciplinary Association for Psychedelic Studies (MAPS) hosted a seminar on Sexual and Psychedelic Intervention on the Dance Floor, another effort which contributed to the culture of harm-reduction at the festival.

There were so many acts and artists at LIB, that deciding where to be proved to be a feat of strategizing. In fact, the homies we went with to Lightning in a Bottle (repeat offenders) made a whole spreadsheet in advance to maximize our time.

There were performance areas scattered all throughout the festival grounds but the main stages we frequented were:

This was the main stage area and is where headliners such as Flying Lotus, Santigold, Masego, Gramatik, Big Gigantic and more played. Since there were fewer attendees this year, there was always space to dance, and we were able to flow around as shorties to always have a view of the performer and visuals. The original woogie stage was in a tree, so the design for this one was meant to pay homage to that origin. Honestly this stage was a work of explorative art in a way that surpassed my expectations. HIS VISUALS WERE IN 3D AND HIS SET WAS 100% IMPROVISED. Flylo truly delivered the cusp between the intractably uncomfortable and high energy satanic dance music.

Santigold was impeccable, flanked by her backup dancers performing what looked like high-energy aerobics appeared to be the cool-girl clique of your dreams. When she called on folks to hop the barrier and dance on stage during Creator, we felt like we were invited to sit at the most exclusive, high-energy lunch table. Her visuals were at times ethereal, shifting between various shades of cotton-candy pink.

So cute! We loved him so much when we saw him early in the evening at the Thunder Stage that we went to see him again at 3AM at the beacon stage. The music that Manatee Commune makes feels the way champagne tastes, playful and sweet but with just enough kick to make you want to wiggle non-stop. On top of his saccharine beats, his performance on a beat pad was so enthusiastic and exuded playful energy, you just had to get down!

Brought a bit of reality into the grounds. He improvised a few beats and had us help him harmonize. He played some of his classics, whipped out his saxophone, and had the sweetest back up singer!

Overall, it was lit! There was a solid diversity in music options, from dubstep and bass and drums to trap house jazz that would please any music-lover. The plethora of daytime activities provided ample opportunities for cool-downs, and the venue offered a relaxing getaway from the desert heat. I highly recommend giving LIB a go on next year’s festival circuit, I know I will! 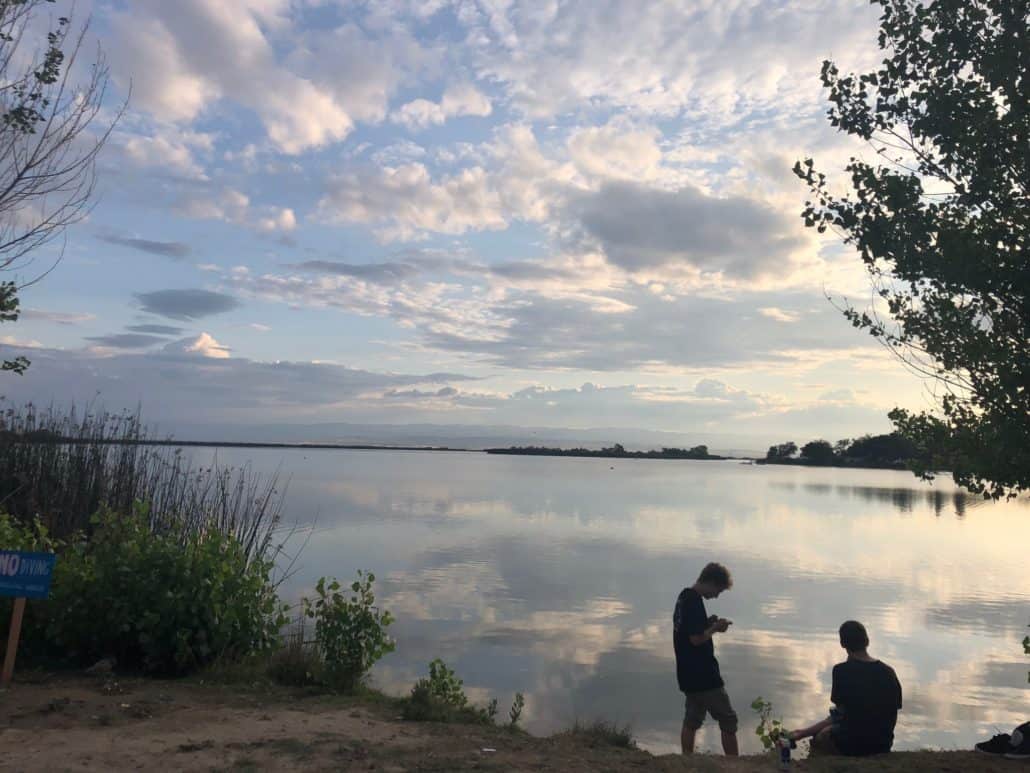