Fusing indie poptimism with bedroom psychedelia, Superorganism playfully meanders during its just over 30 minute running time to provide comfort for the anxiety-ridden teen in all of us. Wobbly synthesizers, strong prominent backing rhythm sections, and a sincere (coated with ironic flourish) vocal performance by Orono Noguchi make this a trip worth revisiting.

Fav. tracks: Everybody Wants to be Famous, SPRORGNSM, Relax 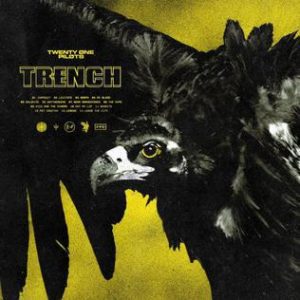 Genre-bending alt hip-hop with reggae, electro-pop, and rap-rock, Trench is one of the most musically diverse listens to find into the pop culture’s musical zeitgeist. Songs shift sounds on a surprisingly frequent basis, justifying the longer 4+ minute tracks on this LP. Not all numbers on here fully emotionally resonate, though the effort contributed onto this album is worth an applause. Scottish rock band The Fratellis return from an almost three-year hiatus with the most direct, focused alt-rock album of the year. Featuring spiking, bouncing rhythms and cleverly confident lyricism, there’s an attractive masculine presence with this LP that encourages deeper returns. Also, the funk is undeniable.

Fav. tracks: Sugartown, Told You So After the abrasive No Now, Clarence Clarity’s 2018 outing declares more of an alt-R&B funk angle than its predecessor—with outstanding results. The beats are more glitch-filled, though less grating, with (some of) the most-inspired experimental-pop vocal melodies all year. The standout track is “Fold ‘Em,” containing the only rap feature on the LP, and it works marvelously. After two records of melodic, grunge-inspired garage rock, The Frights change gears toward a more pop-punk sound with Hypochondriac. Clean production, ear-warming melodies, and upbeat rhythms accompanied by melancholic lyricism: The Frights reminiscence on love, longing, and loneliness, succeeds in striking a chord with the neurodivergent thinker.

Fav. Tracks: Whatever, Over it, Me and We and I The shortest project on the list, and debatably the most personal, Kanye West’s and Kid Cudi’s 24-minute psych-rap rock experience provides an in-depth look at two artists known for their self-important media personas. Unlike other albums on this list, there’s almost a need to know some history of the duo in order to gain the full reward of listening to this album. Lyrics about stress, tiredness and darkness backed by assertive, prominent and unconventional hyponitc samples; this a very dense artistic statement demanding careful unpackaging. The most sex-positive avant-pop album of this—or any other—year. Domineering electronic beats sweep the soundscape as Cecile Believe and SOPHIE’s lead vocals add onto the music’s confidence through a stark combination of spoken word and art-pop melodies, all ending in the terrifyingly dystopic “Whole New World/Pretend World.” This is a more adventurous listen, though if you’re willing, you may come out knowing a little bit more about yourself. Blaring, simple, mind-altering beats accompanied by infectious, repetitive hooks: Die Lit strives to capture punk aesthetic through blaring, big-bass pop-trap bangers. Pi’erre Bourne’s comfortably delirious production demands the listener focus on the constant looping and work hard with it, resulting in a meditative album experience. Carti’s lyricism may be bare-bones, though that’s forgiven due to his undeniable presence in the project; he doesn’t care about introspection or contemplating the now, he just wants you to have a good time—and sometimes that’s okay.