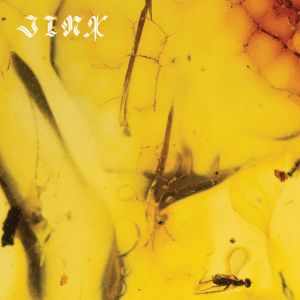 New York based quartet Crumb just released their long anticipated debut album Jinx this past week, which includes previously released singles like “Nina” and “Part III”. The band, comprising of Lila Ramani (guitar, vocals), Brian Aronow (synth, keys, sax), Jess Brotter (bass), and Jonathan Gilad (drums), was formed in 2016 while the four attended university in Boston. Their initial goal upon formation was to bring to life a collection of songs written by Ramani in her high school and college days, which ultimately resulted in the creation of Crumb’s first two EPs, one self-titled in 2016 and Locket released in 2017, leading the four into touring and recording full time.

Now, two years later, coming in at a short 27 minutes, Jinx is the manifestation of the band’s true sound, blending jazz with psych-rock to create lysergic melodies. Paired with the sound of hypnotic instrumentation, lead singer Lila Ramani’s dreamy vocals carry listeners off into a distant haze. Jinx is unique from Crumb’s previous music as it lacks an influence from indie-rock and has shifted their sound more towards the sound of modern psychedelia. For those who have never listened to the quartet, don’t go into the album expecting high energy but instead one that’s woozy and hazy, something to make you want to peaceful sway along with Brotter’s bass notes and Gilad’s drum beats. Jinx is recommended for a moonlit evening on the beach while you watch the waves crash or for laying in bed with only the light of your lava lamp illuminating the room. I recommend the album if you’re into any jazz-influenced psych like King Krule, Mild High Club, or Sugar Candy Mountain. Recommended tracks off the album include: “Ghostride”, “Fall Down”, “Nina”, and “Part III”.