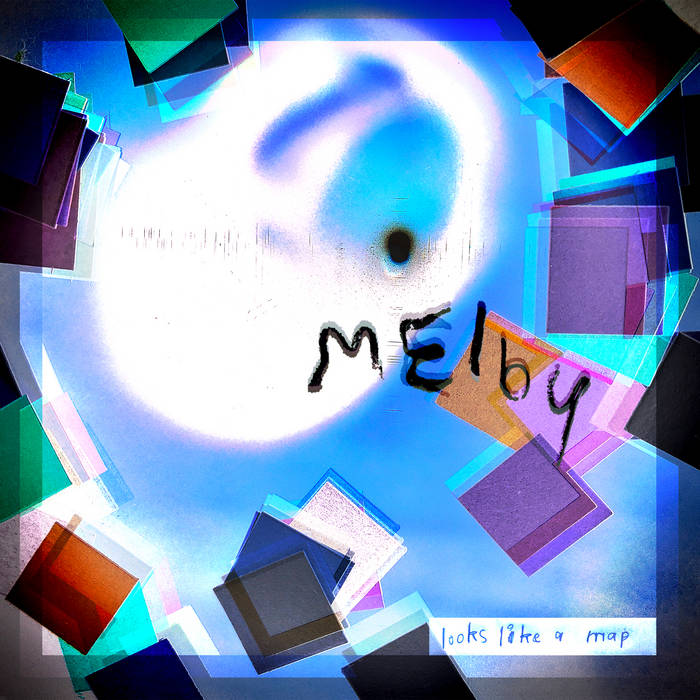 Looks Like a Map album cover, art by Matilda Wiezell.

Looks Like a Map does not let anyone feel misplaced in a world of uncertainty.

Stockholm based band, Melby makes a new presence in the indie-pop world with their newest album release, Looks Like a Map, in October 2022 by Rama Lama Records. The quartet dives deep into the experimental psych regime by expanding genres past their debut album, showcasing their ability to reach feeling and captivate listeners.

Looks Like a Map is more than an average indie pop-rock band’s typical album. Melby touches and speaks to different feelings and senses through vocals and instrumentals of guitar, drums, synth rattles, and more. Through the album, each aspect is tied together to create a central feeling in every song, giving the message of the need to explore in order to find yourself and become in touch with your true individual. The structured album gives an intentional unstructured feeling to show the different stages of going down a path, and that path is interpretable by the listener.

“Hammers” opens the album, sounding similar to their debut album, None of This Makes Me Worry, but dips into a new range by playing with feelings and senses that are reached through song. The vocals connect this first song together with new experimentation that the band seeks to achieve. Melby expands their range of media in this album, and each song explores further and further into this experimentation. Each lyric invokes a feeling in the listener, and paired with introspective instrumentals, gives a message and feeling of company and comfort in times of discomfort. The experimentation in this album seeks to show that discomfort is normal for everyone, and it is necessary to explore and grow. Looks Like a Map does not let anyone feel alone.

The 11 track album is cohesive as a whole, but when looking at each individual song you are able to feel a new emotion within yourself. The album was created piece-by-piece, which was a new method for the band, but it appears to have worked really well with conveying their messages and abilities to reach each listener individually. Vocals string together each song beautifully, which is keeping true to Melby, and this is what allows them have a strong success in experimentation. Experimentation pairs perfectly with their ideas about loneliness, and that in those times of uncertainty it’s important to branch out.

Although it does not have as many Spotify streams as other, more popular songs on the album, “Music Should Feel” is a personal favorite of mine, as it allows me to connect with myself and relax, and always makes me want to smile. This song is nostalgic for a time of euphoria that your favorite song releases every time you hear it. Each song in this album releases a new feeling, but “Music Should Feel” is one that showcases the band’s creativity in psych pop.

The softness of the music mixed with a dream-filled dazed is blended with explosive and pulsating clashes that showcases the experimentation of Melby’s latest, and very successful, album Looks Like a Map, and I cannot wait for more Melby.